No Parking has participated in an innovative game project for Koldinghus Museum. The result is an application for children, that uses “Augmented Reality” to explore the historic past in an adventurous way. Through a game play children can experience historic artifacts come to life as 3-dimensional figures that send them around in the large castle – on a quest to prevent a fictious murder in the past. The project was co-developed with: Spinderihallerne, Aalborg University and Baaring Stories. 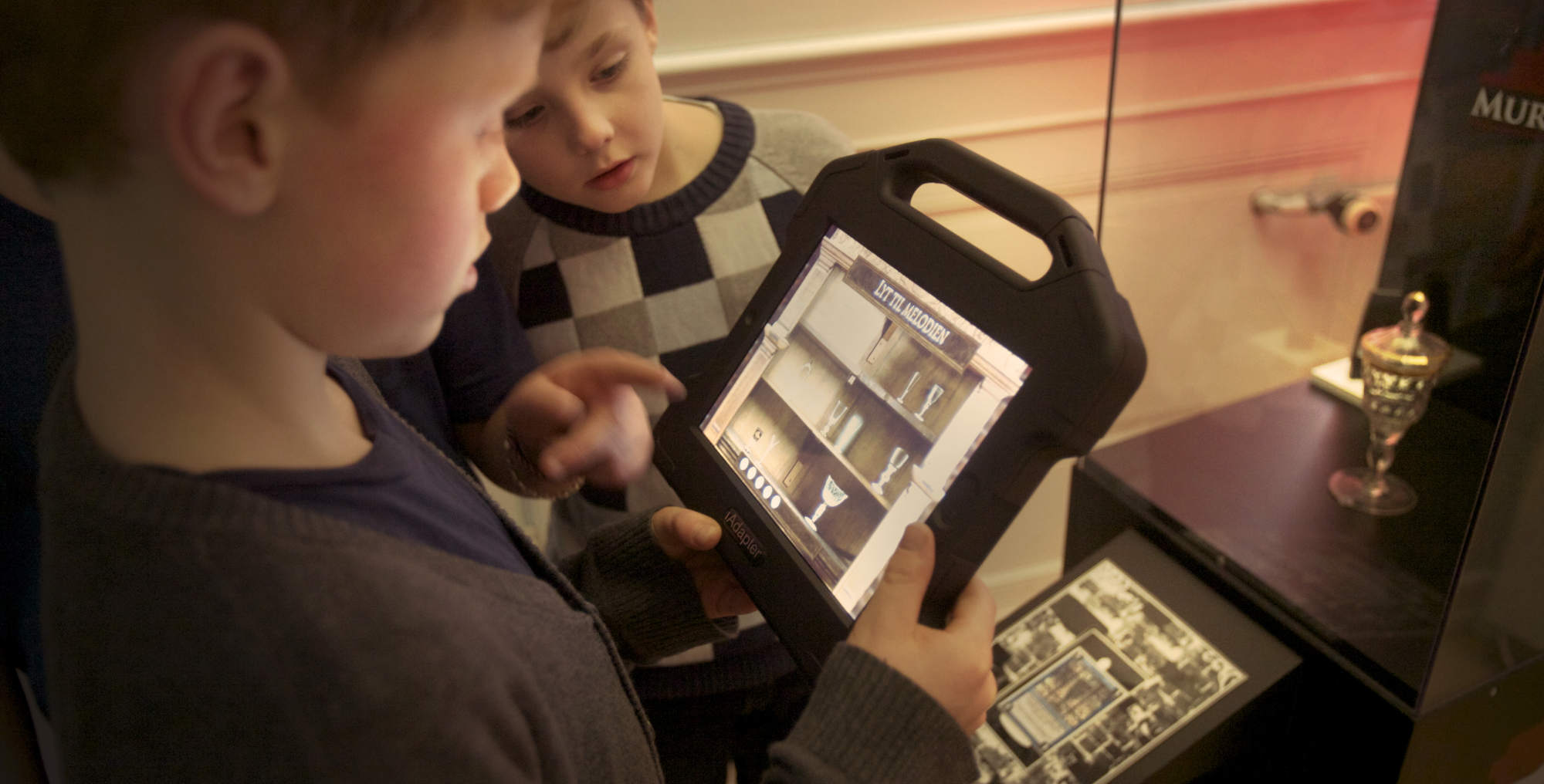 The Story
No Parking has developed the concept and scripts for the application together with Baaring Stories. Even though the story is fictious, it is build up upon facts, and includes a lot of learning. The game lets the children themselves participate as active characters in the story. Using Trading Cards, which are handed out together with the iPad, the children can create input by filming the cards with the iPad, on locations throughout the museum. When the application recognizes the cards, it responds with an animated figure that prompts the children with information and tasks.

In this development period we have created a single story, that is built up around King Christian IV’s historic relationship to a young woman named “Kirsten Munk”. Unfortunately she was disliked by the Kings own relatives, and in this fictious story the children must prevent her murder. The tasks are to find a glas, some wine, and a festive costume – in order to enter the Knights Banquet and prevent her to be poisoned.

Advanced Game Technology
The game engine uses advanced image recognition technology to analyze the trading cards, and position markers. When the camera parses the input it responds with augmented reality animations, that appear superimposed on the camera signal. The children’s interactive choices   affect the development and outcome of the story, giving everybody a personal user experience.

The augmented reality is created as 3D-animations, enabling the user to move around the animations and explore them with the iPad’s camera. Apart from the interaction based quest, that pushes the children to move around the large castle, there are also a few mini-games where the children can use their concentration skills. For example they are prompted with a historical melody, which they have to memorize and play back on crystal glasses. In another game they must try to restore a historical costume.

About the Project
Apart from the concept and script, No Parking has been in charge of sound development including recording of actor voices, and production of all 3D-animations, design and interface. The application will be live at Koldinghus Museum, and is a forerunner for a larger project with multiple stories and missions.