The National Museum always has a lot of offerings on the annual Culture Night, with many activities for both adults and children. On the Culture Night – October 9, 2015, visitors could experience a visualization of giant size, with a 41 x 12 meter projection on the facade of the Prince’s Palace at Frederiksholms Channel. Along with the museum’s other offerings the event attracted 10,000 visitors during the Culture Night. Based on a parallel Tolkien exhibition, the museum wanted a magical visualization of Gandalf’s magic dragon fireworks from Tolkien’s famous tales. No Parking began to plan the job and created a visual narrative, where visitors both experienced a scene from 1940s London (where fairy tales began) – and from here moved the story over in the magical world of the Hobbits, with the wizard Gandalf showing up and creating a nice and spectacular fireworks show. The fireworks culminated with a glittering dragon with a large luminous wingspan, hovering over the night sky on the museum’s facade, then suddenly diving into the audience. It gave a gasp in the audience when the dragon breath fire and put the entire museum facade into flames. But fortunately, the effect was only digital. 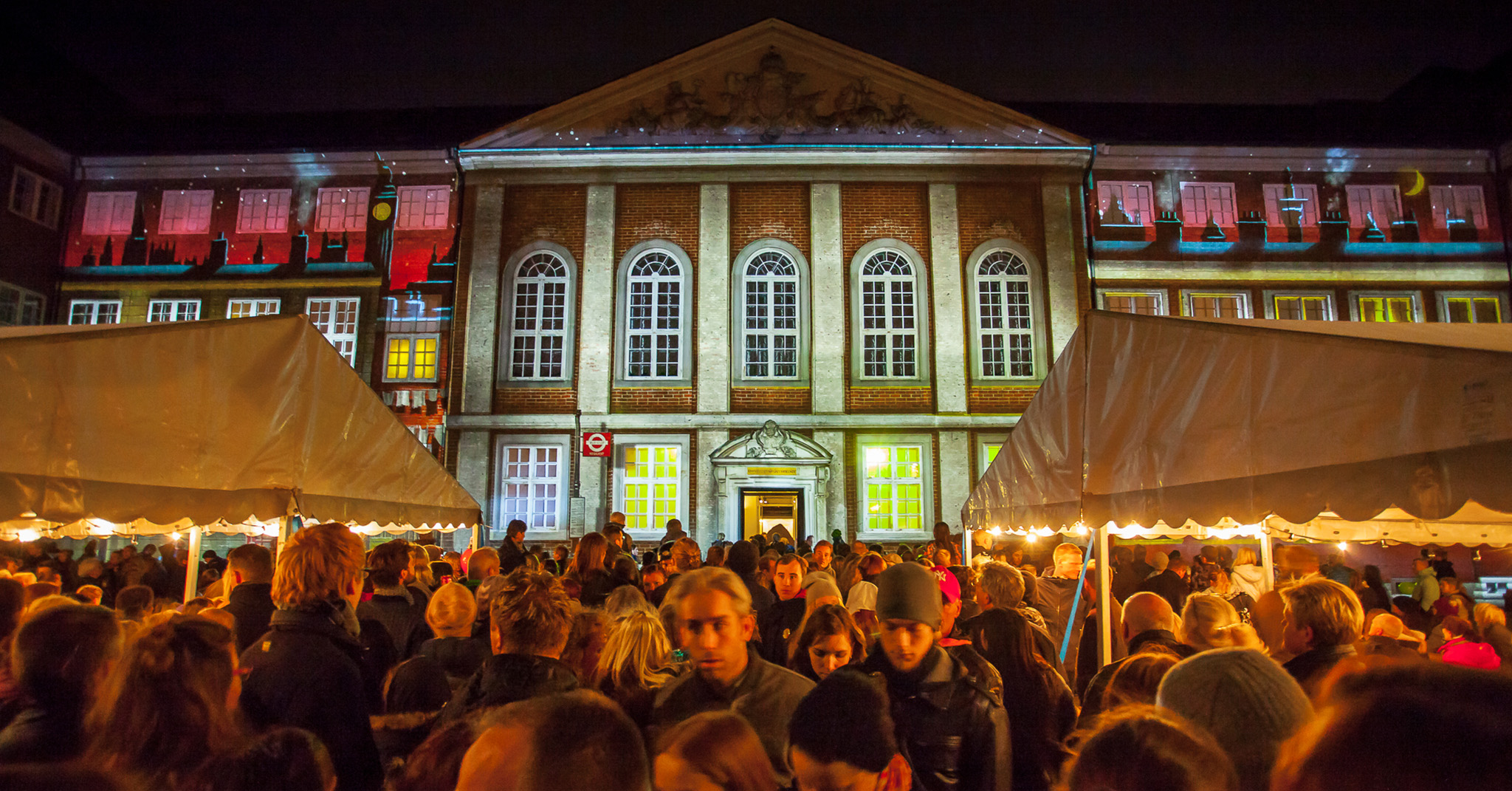 In order to create a credible experience No Parking first made precise measurements of the museum’s facade so that the projection would fit 100% with the building’s architecture, and get the projected effects to seem real and alive – this effect is called “PROJECTION MAPPING”. The 41 x 12 meter large image was illuminated with no less than 8 powerful Panasonic HD projectors, and produced on a powerful Watchout video system, that we often use for immensive projections. The visual content and the soundtrack was created from scratch by No Parking. The tableaus of London and Hobbiton were drawn up in lots of layers in a huge Photoshop document. The illustrations were then supplemented with video, lots of visual effects, and a 3D animated dragon, to create a fascinating and eventful visual narrative. 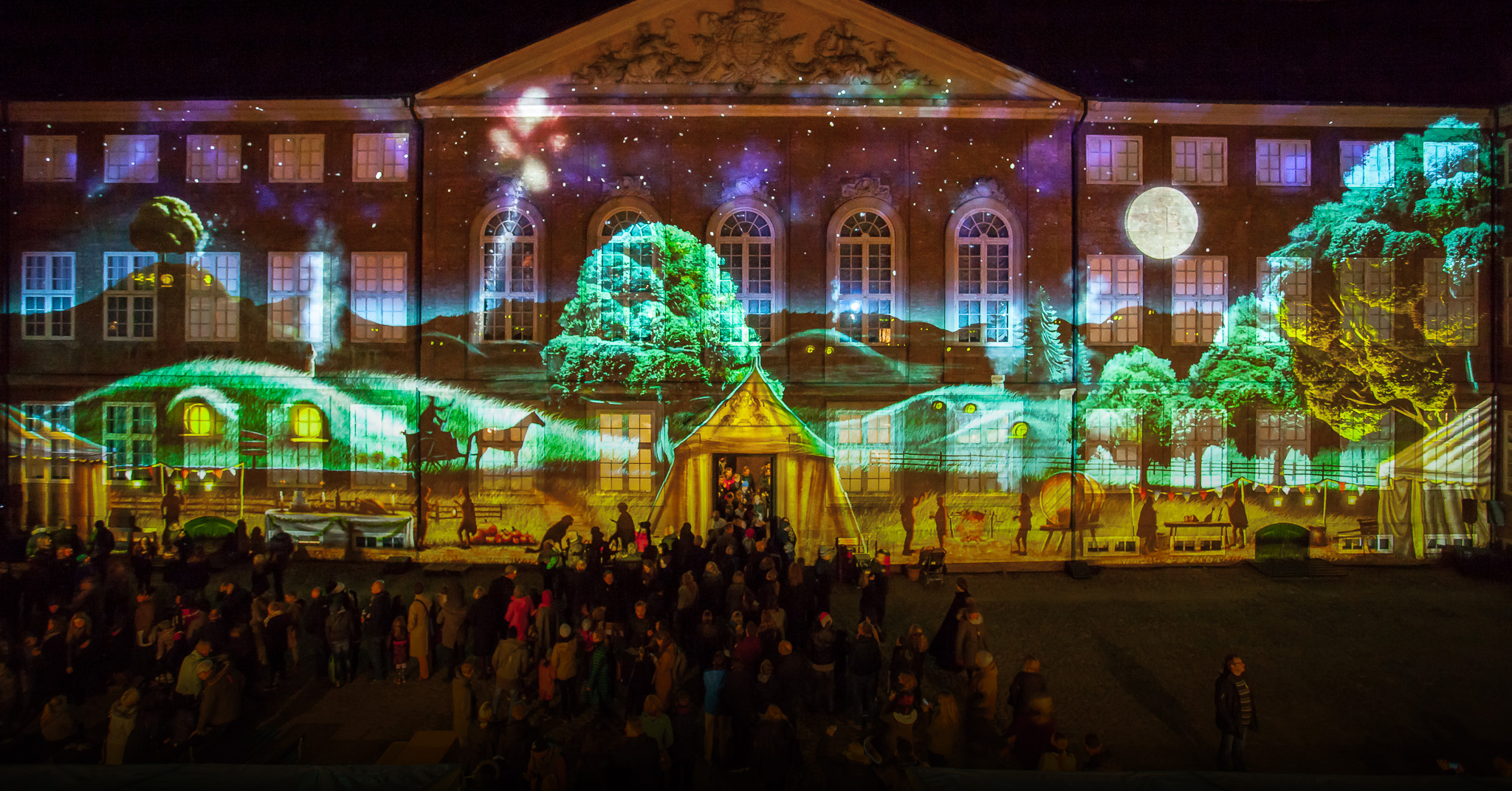