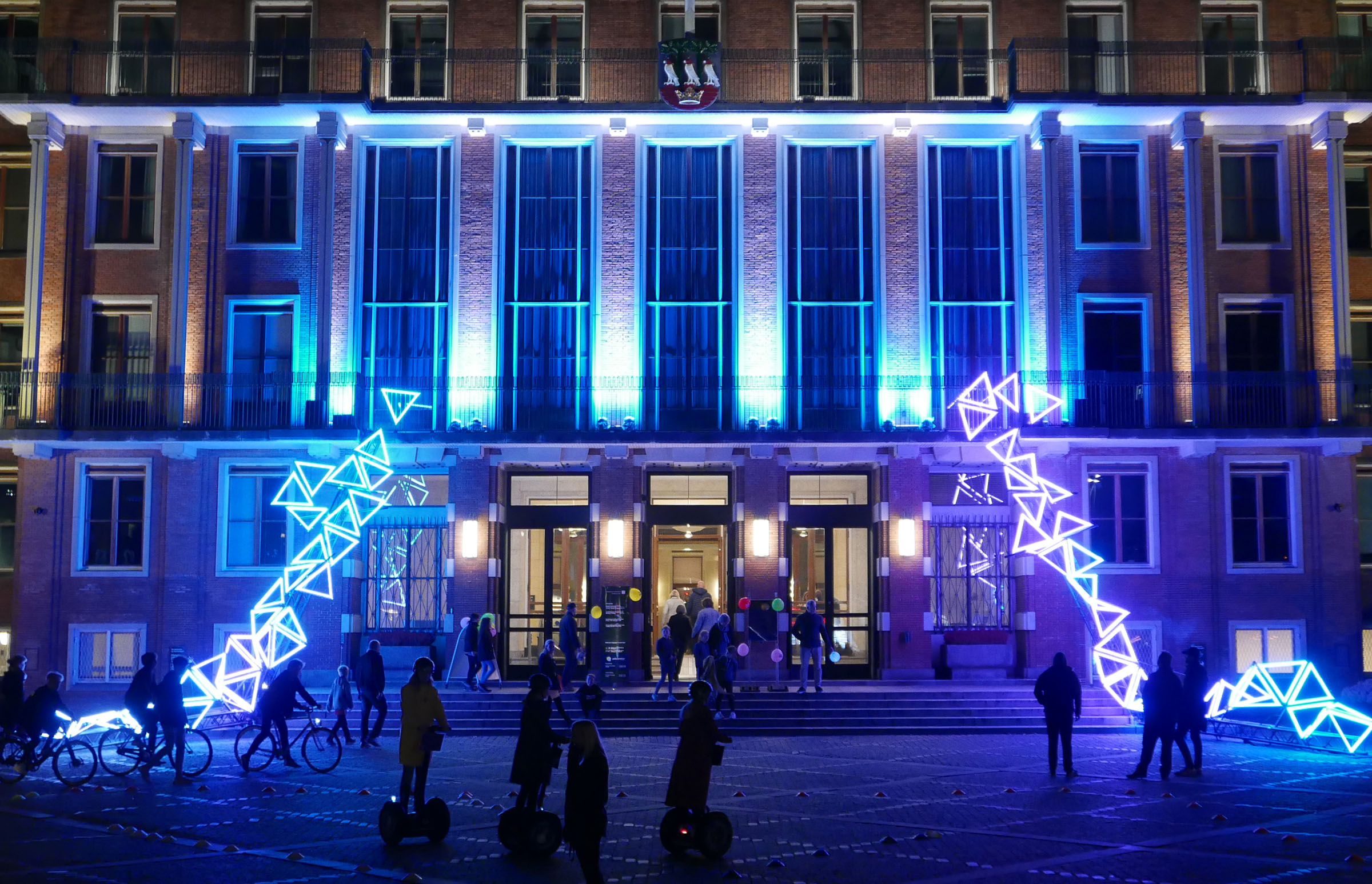 Triangular light modules
The Culture Stream installations were made up of triangular light modules, put together to create beautiful shapes that wound up the buildings. The upward facade at Frederiksberg Town Hall, was decorated with 2 massive streams of light that headed downward in opposite directions. At the other institutions there were also light currents that lay across the ground and grew up on the facades, in a slightly smaller format. At the Cisterns the light shapes were built as an extension of the existing traingular shape of the shaft buildings – as free standing triangular light elements.

Visual expression
The visual expression was interpreted as an intermediate between water flow and electrical current – created with pulsating light animations. The color theme was based on blue, but was also combined with warm, bodily colors. The energy between the cultural institutions was visualized as light that pulsed and moved sliding upwards and downwards. The design and visualization were distinct, in order to create a visual link between all 4 institutions. The light installations were also supplemented with speakers that played a floating and vibrant sound composition that was synchronized with the light. 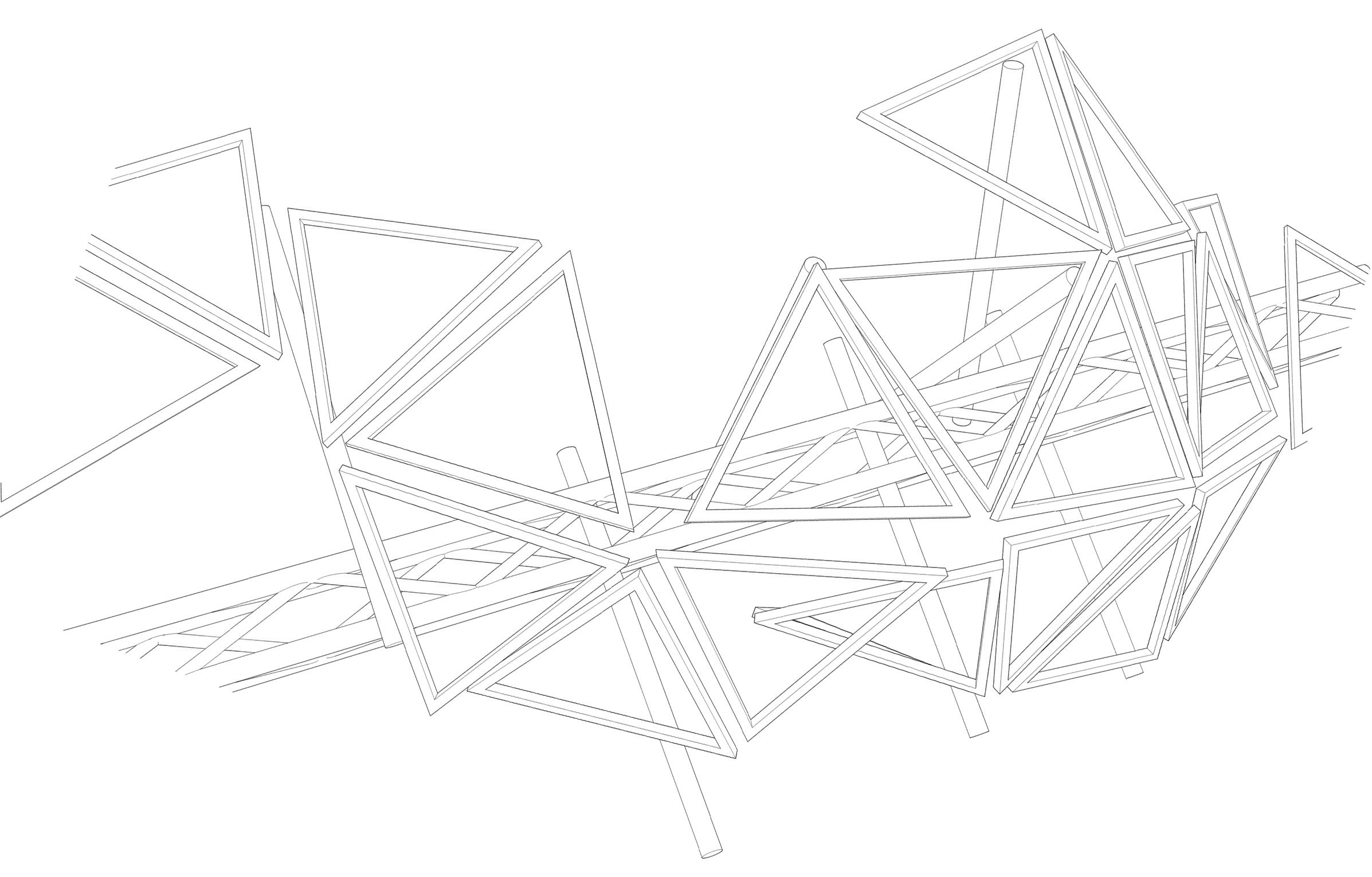 Together, a visible and spectacular visual expression was created – giving a cult-like atmosphere that did not avoid being noted. The installations were built on experience and equipment, from No Parking’s Culture Night light installations last year.