No Parking works with virtual teknologier like Augmented Reality (AR), Virtual Reality (VR), and Motion Capture. These new technologies are based on computer generated content, that affects our perception, and creates extraordinary experiences.

Augmented Reality
No Parking has been working with Augmented Reality since its introduction. For example, we prepared a research project together with the media section at Aalborg University, where we tested the media’s possibilities for museums. The result was the project “Memory of the Walls” for Koldinghus, where you could interact with some of the museum’s objects.

In order for the technique to work, we need to know the position, direction and height. We can read this data in part through GPS signals and device accelerometer – but we also use more advanced algorithms such as image recognition, and stereoscopic analysis that create a credible experience combined with high quality virtual 3D graphics. 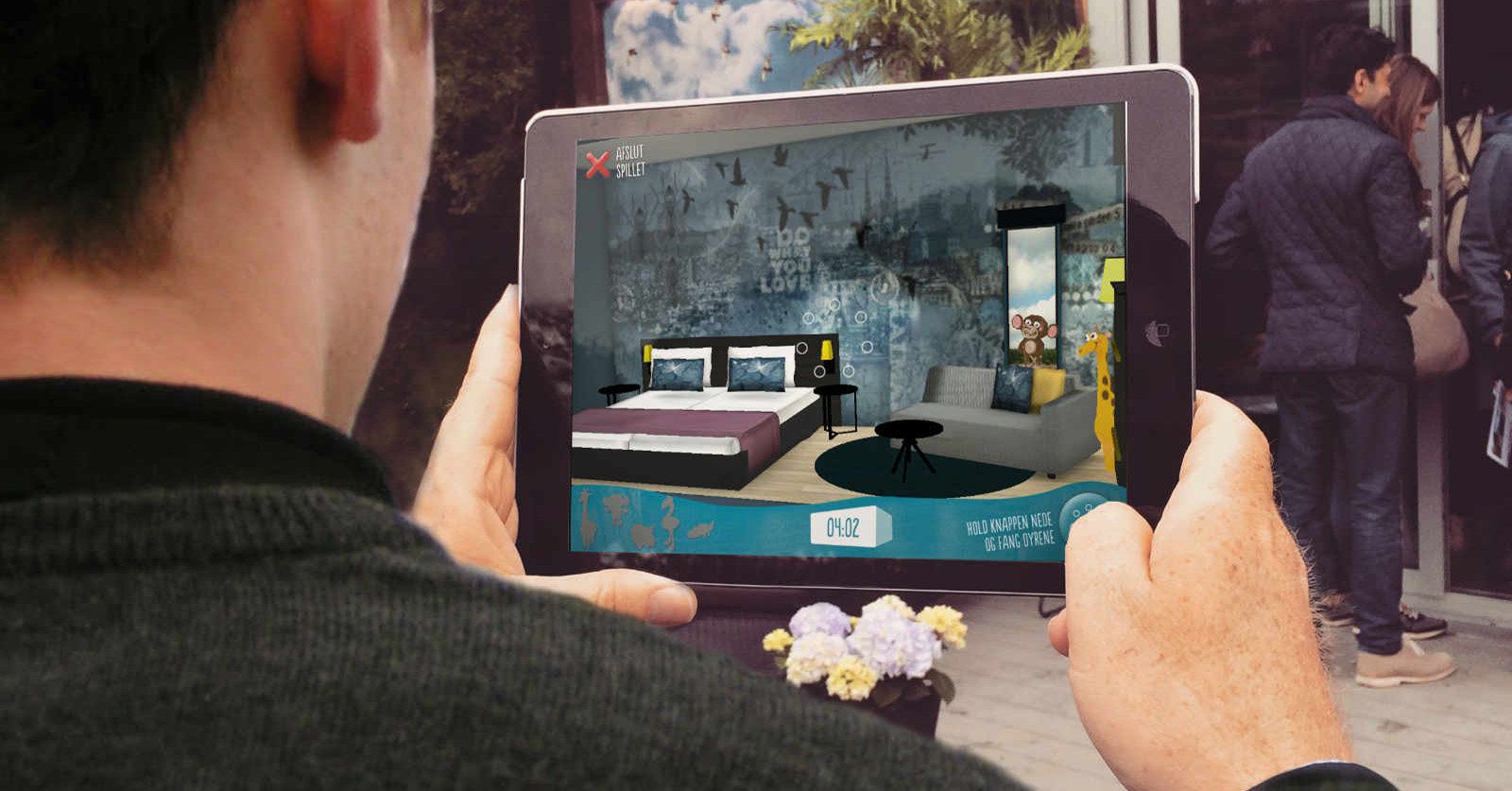 One of the projects we have made for Scandic Hotel uses image recognition to look into their mobile hotel room, and see how it is decorated inside. The Augmented Reality experience was combined with a game where children should capture hidden figures in the hotel room, thus participating in a competition for a stay at the mobile hotel. In another AR project for Lejre Museum, we have visualised Viking halls of the past. 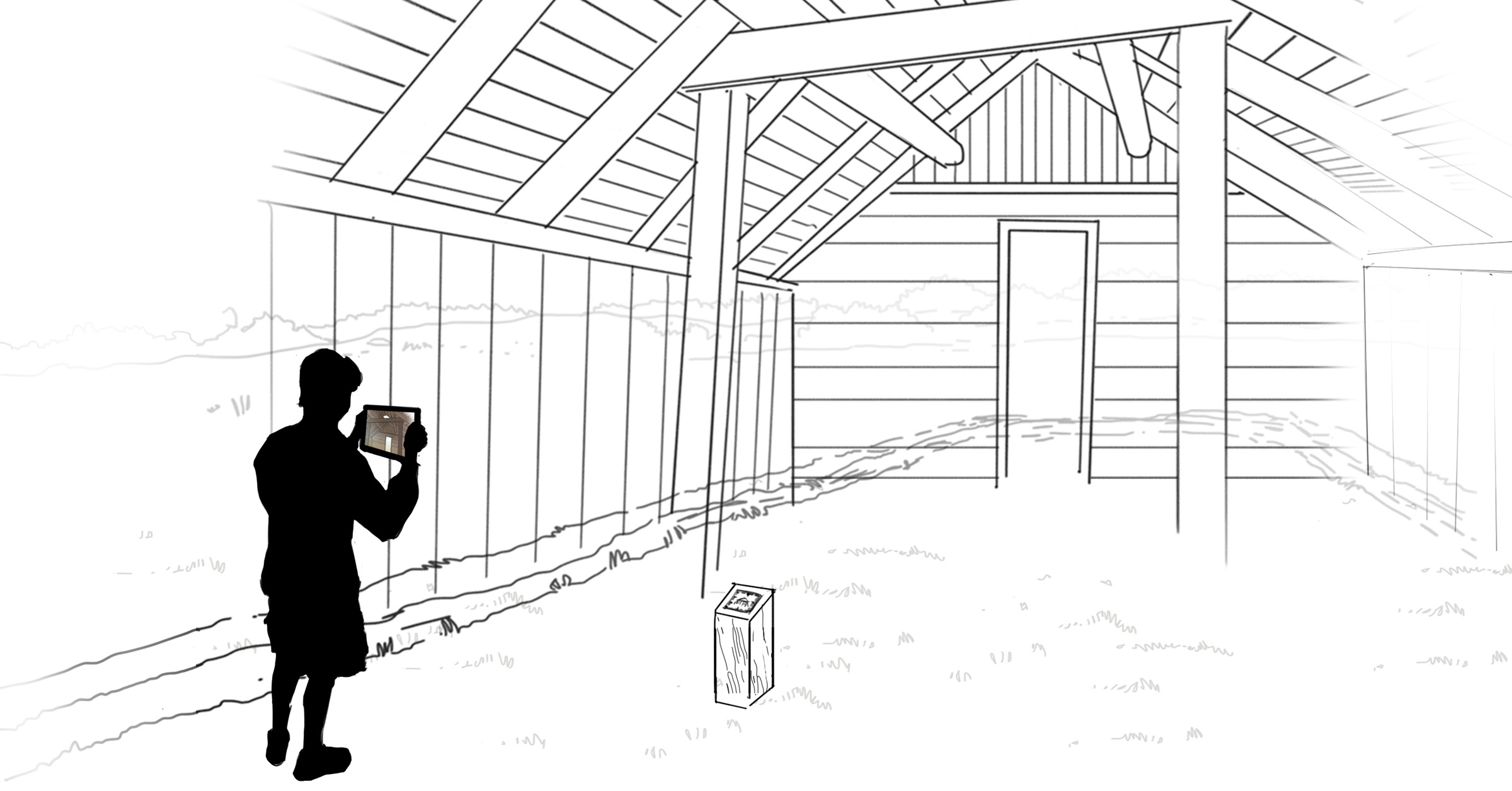 Virtual Reality
No Parking has developed a digital binocular that can visualize virtual scenarios – eg. from another age. Looking through the binocular, you first see the familiar surroundings – but as soon as you pan around, the motion of the binocular’s precise sensors is captured – and the surroundings are transformed to create a credible experience of being the same place, yet in another time. Everything is possible in the virtual scenarios, displayed as computer graphics and animations, in realistic or stylized design – depending on your requests and budget.

Roskilde Museum has installed No Parkings Virtual Reality Binocular in an old church tower, which has endured to stand at the city’s main square. Here you can now look down the square, and see how the city has changed through 3 time periods. You use a button on the binoculars to switch between the ages – then you can pan around and explore the city.

The Virtual Reality binocular can be delivered in a fixed version, that is connected to power, and does not require any form of handling. The experience can also be created with a mobile battery-powered display, that can be taken around in an exhibition or outdoors. 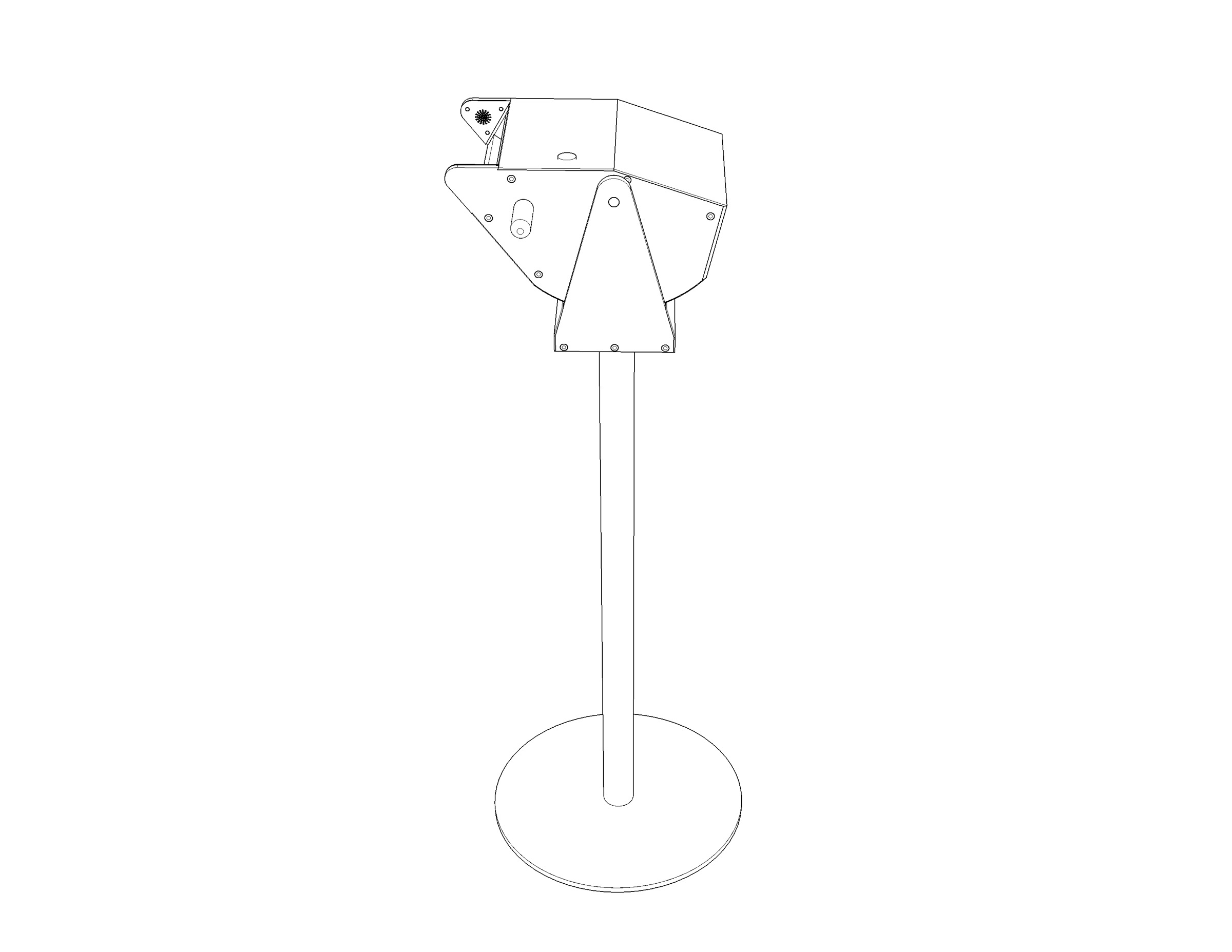