The exhibition is a modern reflection of history, with a focus on identity and culture

The German minority was born out of the the referendum in 1920. The new exhibition focuses on German identity, and a flirtation with Nazism, before they became a contemporary co-actor in the southern Jutland border country. No Parking has been responsible for concept development and preparation of the exhibition, in collaboration with Engelbrecht Construction. 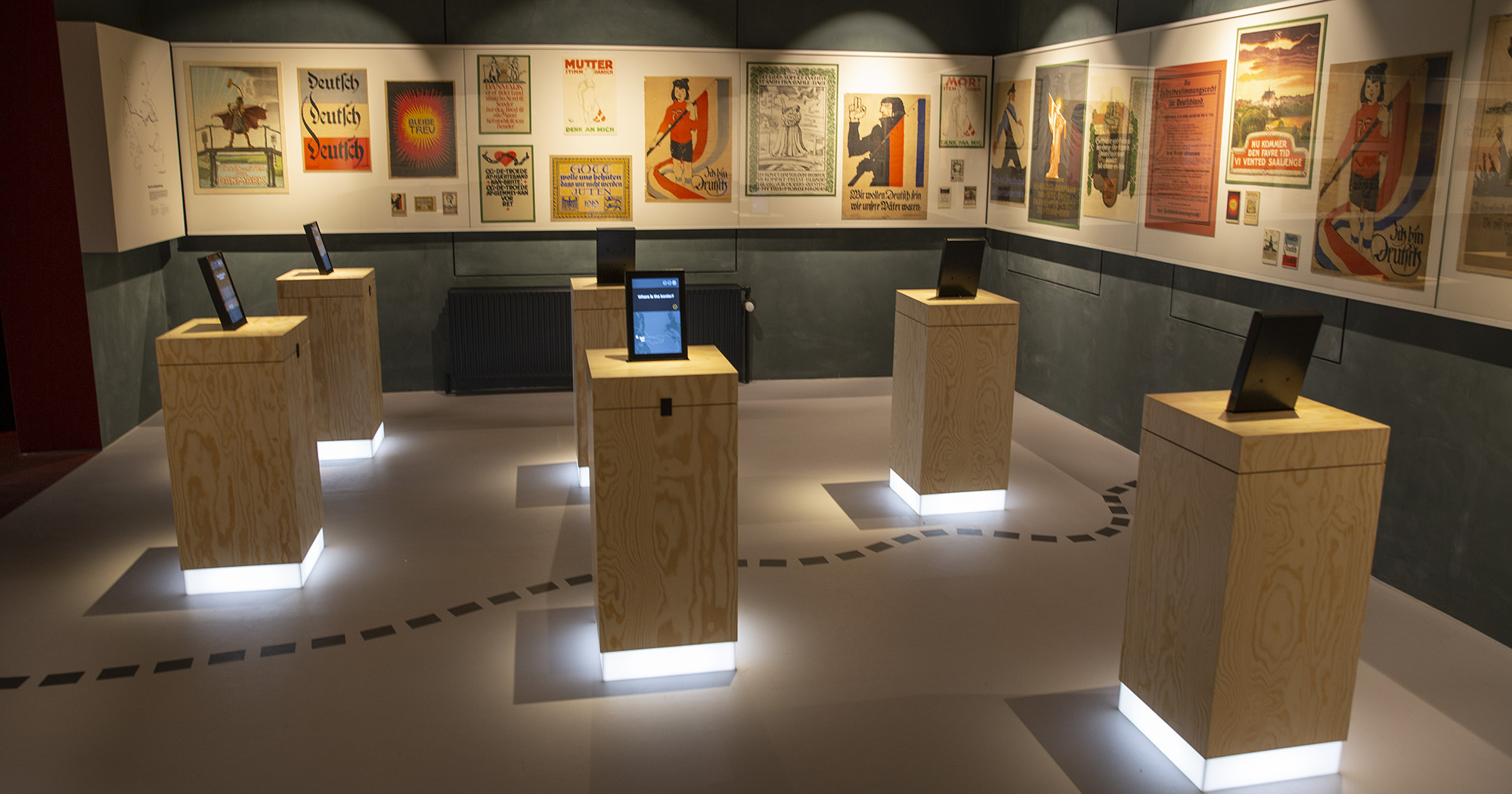 he exhibition at the museum in Sønderborg, is built up with identity as the main theme. On the ground floor, there is a focus on the journey of the minority – from the referendum to the present, in a search for identity. Nazism, which is often hidden away, is here assigned one of the largest spaces and is conveyed in an honest and self-revealing narrative. Here, the controversial objects are hidden behind mirror glass, which only becomes transparent when you stand in front of the displays. All the rooms, except the last one, are kept dark to create a condensed and focused atmosphere with artistic lighting. In the last room, two end windows are used to create a walk towards the daylight. 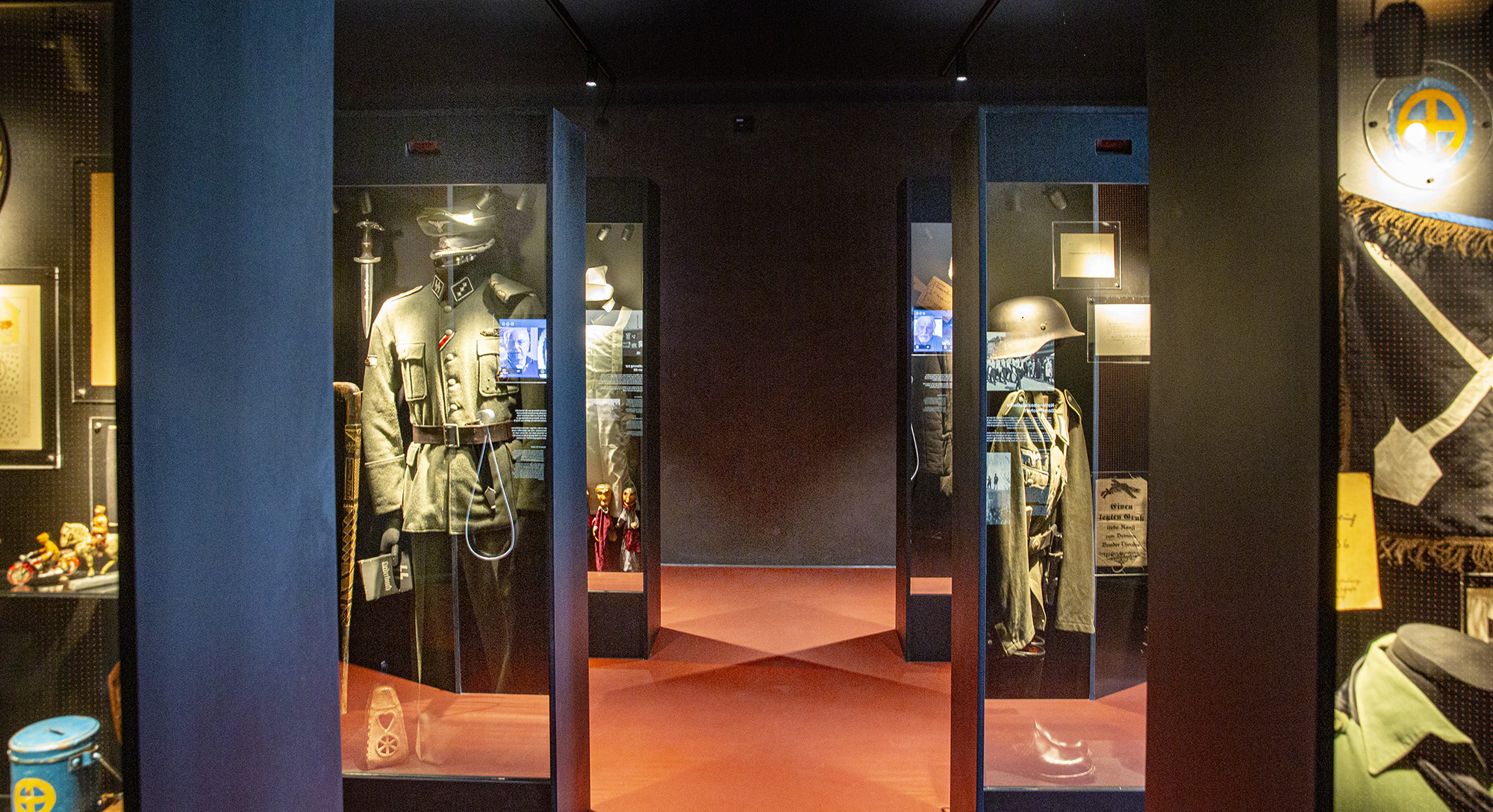 The first floor shows how the identity as a minority is unfolded in culture. Here we get the opportunity to explore more of the museum’s objects and meet phenomena that are important today. The last room of the exhibition is aimed at young people, and creates a bridge to other European minorities – with projections of young people from the minorities in both Denmark and Germany that tell about themselves. 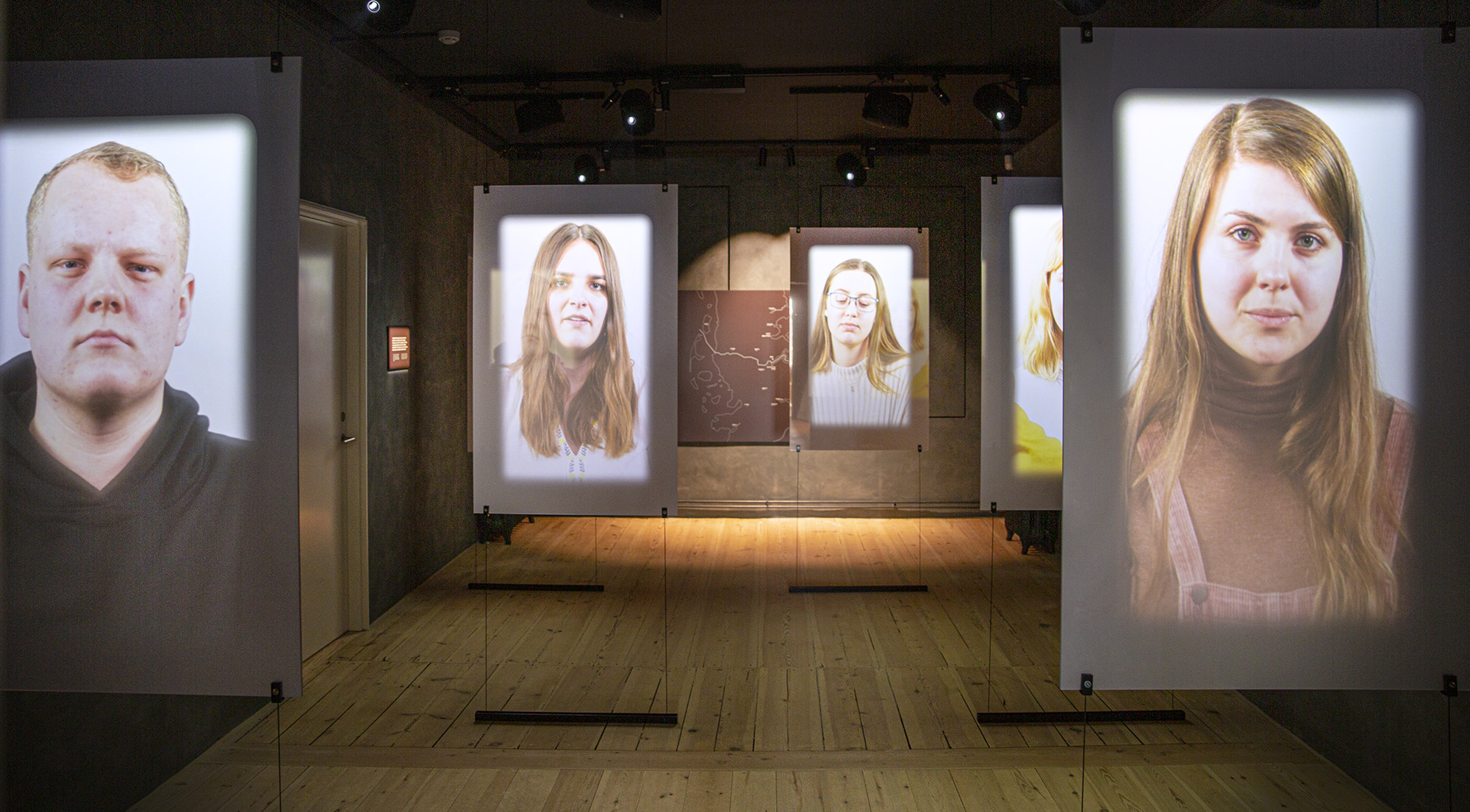 Almost everywhere in the exhibition, we provide a deeper layer of narratives, via touch screens with listening tubes. These screens contain videos and in-depth explanations of the exhibited objects.

The museum is automated with a “Pixilab Blocks” system, which ensures daily running of all equipment, and control of lighting in many parts of the exhibition. Blocks is also a CMS system that contains all videos, texts and images, and makes it easy to update the content via a standard web interface.